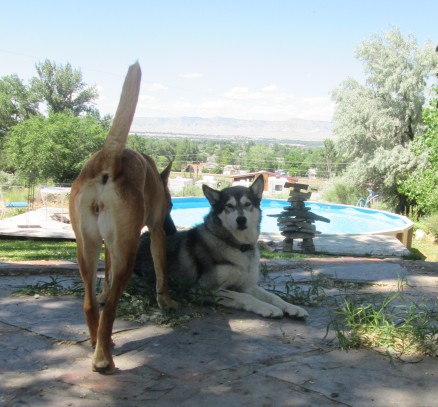 JaJa’s butt and Roksea’s head. and the view north 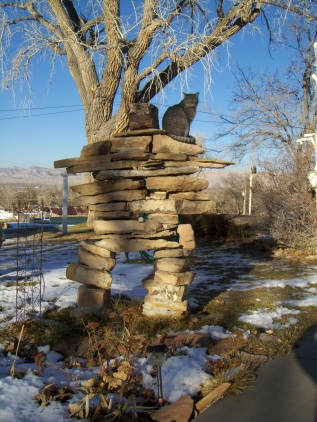 walter is at home wherever he is 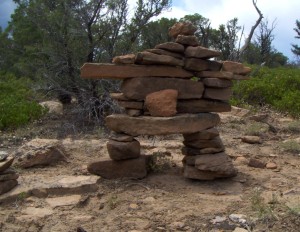 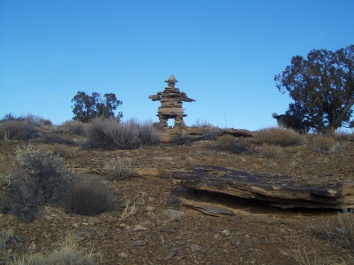 the original inuksuit of whitewater (colorawdough)

the inuk-thingy of the lower yard

(the inuk-thingy of the lower yard)

Betty, mid-summer 2014, decided that this was blocking crucial water for some plants behind it.  So, I re-assembled nearer the pool — also shown above with the 2 dogs. 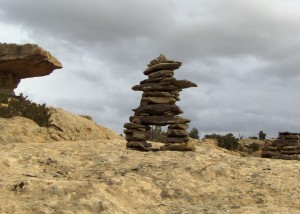 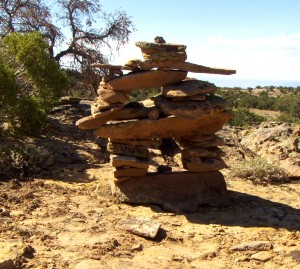 this one, conical hat and all, looks down at “Bridgeport” — along the Gunnison River — perhaps 500+ feet below

a Gunnison River Overlook Inukthingy. yup, that’s the Gunny Wivver wa a ay down there. This ridge is subject to HUGE WINDS and this one was blown over. I re-built it, with special shimming attention, and will go back to assess, someday.

an (the?) Dry Fork (of the Escalante) inukThingy. with Betty & Dool. on a much cooler day!

Ricardo Cabeza (Rosco’s cousin), with his “Taco” dogs, and the original Inuk of Whitewater 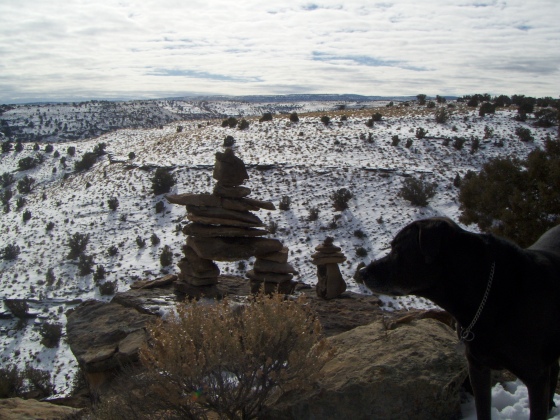 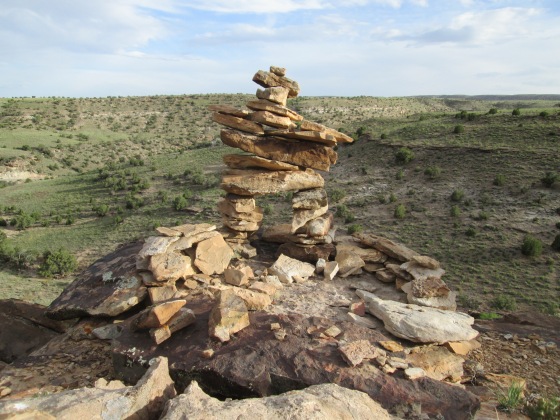 2nd rebuild of the inuk w/in site of Bridgeport road

the inukthingy by the mailbox

We had a BIG windstorm this past week, which blew the “original” down.  I told Betty I was considering doing amphipian/toadal 4-legged thingies… “why not this?” she asked.

However, it could be the genesis (seed planted), as it were, for the past-time of inuk-building was when I sighted the …

below … not what i’d call  triumph.  Sure, it’ll stand ’til (possibly) the next windstorm.  i just didn’t channel the volition (and also felt that the location and materials and ‘vibe’ were not optimal).  a practice run …

This is the Inuk-thingy of the ridge south(east) of the East Pass into Cactus Park.  also built mid-November — so you can see that winter is not only ‘mild’, it hasn’t yet arrived.  Doolie poses with the ‘thing.’ 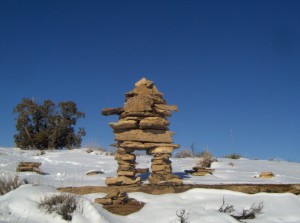 a week passed Solstice, 2012: the Whitewater original inuk is impervious to the weather, and everything else 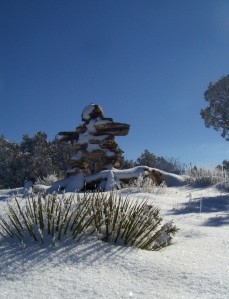 the north Whitewater inuk, grokking along with the yucca

yucca-grokking is sometimes not sufficient for stability, as this inuk fell or was knocked over.  or just got tired …

midJanYooWary (’13) we encountered a ‘thingy’ in the Olivivas Wilderness Area. Sleven walks by …

under the FOOOL MOOON (sunrise imminent)

“Horse Head” inuk in the moonlight.

the Inuk-Thingy within sight of Wombat Arch

The two upper yard inuk-thingies had been basking in the sun most of April, then … 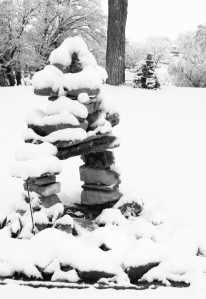 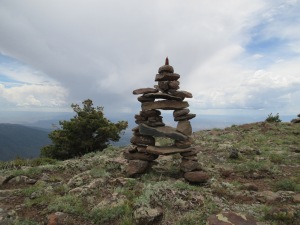 above: not built by me, but by Ricardo Cabeza: a Land’s End on the Grand Mesa ‘thingy’ 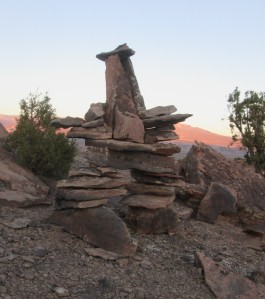 an inuk-thingy further up and away from Bridgeport road 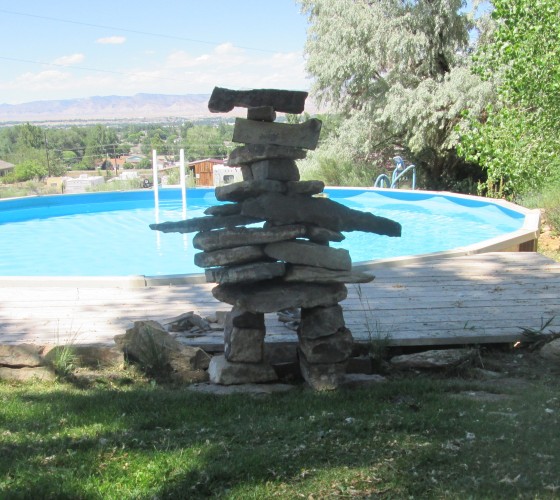 The inuk formerly just above Wombat Arch became totally tornado-ulated (disappeared!) so this one manifested itself below the Arch.

Inuk above the “copper mines” in the Olivivas Wilderness area.

Also in the O W A, a group of rocks which, so it seemed, begged to be re-assembled.  Unfortunately, kinda phallic, iddn’t it?

Below, the 3rd or so incarnation of the Inuk-arangamatang north and up from Bridgeport (Deer Creek) Road 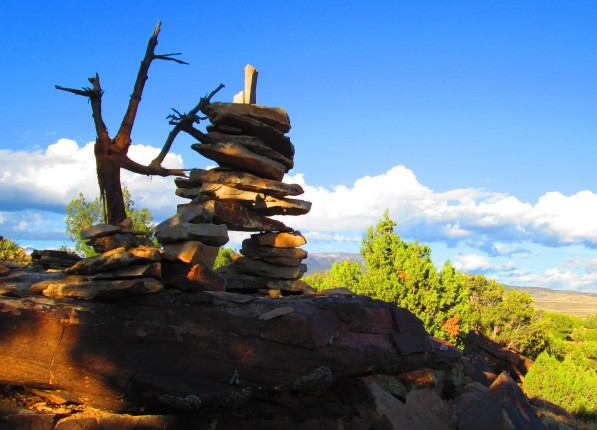 and another inuk-awangamarang looking down on Bridgeport Road ~ 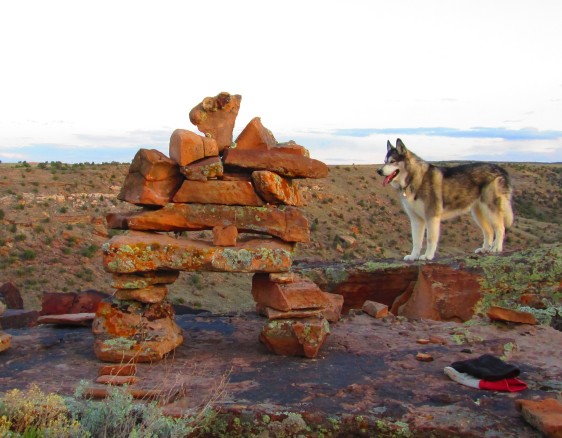 Below:  somewhat above top of Escalante Rim Road ~ 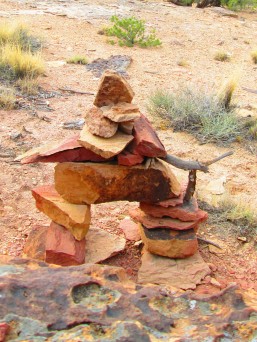 off of Tabeguache Trail somewhat west/southwest of the MicroWave Tower 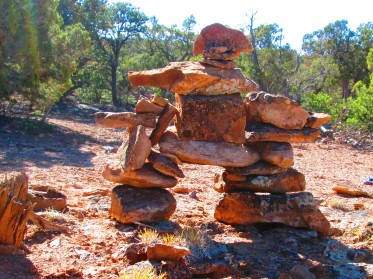 view of previous lookin’ west into the afternoon sun ~

who sez inuks can’t have a heart?

& yet another re-build of the inuk formerly by the pool.  now below it.  there was a HUGE wind-storm a few daze back which blew it over !

Below — an inuk mid-way up the Tabeguache Trail (road) up from Whitewater towards the 9-Mile Microwave Tower.