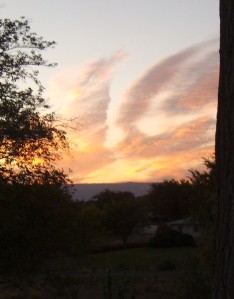 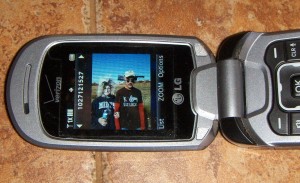 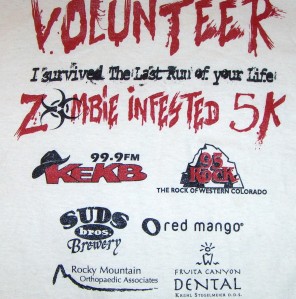 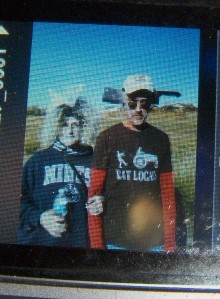 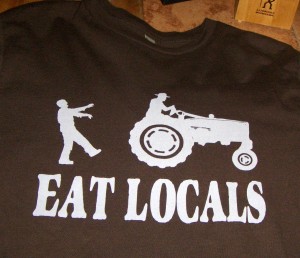 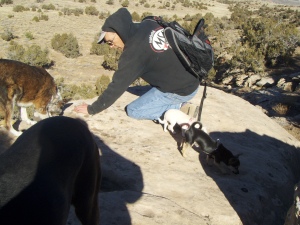 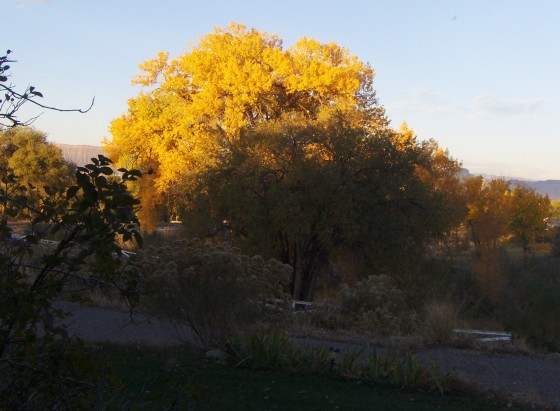 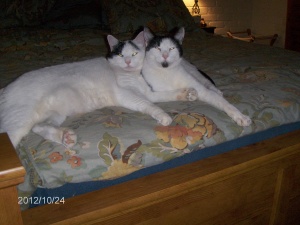 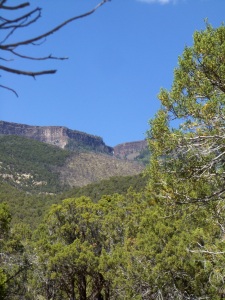 even in later may, the water-fall at the top of Coal Basin appears to be ice

Spurring, if knot in the (w)Rawkeez, then west of the ‘Keez, as the situation (Colorawdough is not always a ‘state’) degenerates into You-Taw.  Betty and Rosco and the dawgs hike mid-May up Coal Basin, off the west sighed (yes, some of these mountunz ‘sigh’) of the Grand Mesa. 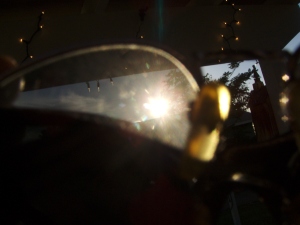 THIS is how we could see the eeeek!lipps. 4 pairs of sunglasses

I joked earlier in the day with somebody as we left the Texas RoadHouse (it was NOT our best vizzit there) — these others were lookin’ up towards the sun, it was 6 p.m., yes, eclipse-thirty and we said we’d hurry home and put on 3 pairs of sunglasses.  Turned out that FOUR pairs was adequate.  I think.  It’s 5 days later and I’m not totally blind, yet.  Weird thing –>  we were SKYPEing with our kids.  They live in Portland, and, hey, they didn’t know there was an eclipse, it was raining, as usual there.  I went out-sighed, back to the sun, faced the laptop toward it, aimed some — ’til I had the sun lined up and “the kids” were, like, “wow!” and I hope they snapped/captured some shots. 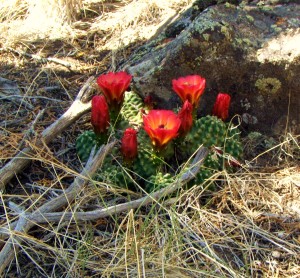 the cactus is apparently happy

Meanwhile, up Coal Basin Trail, the cactus is, apparently, happy.  It had rained a coupla daze before, so the upcoming drought hasn’t settled in, yet. 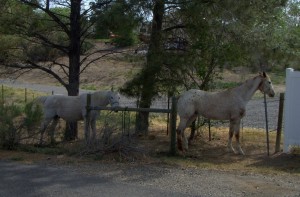 bernie and mitch, another day, the last day

We’ve been “horse people,” I guess, for 14 years.  THAT ended earlier this week.  Betty hasn’t been able to ride, they do cost money, so she gave them away.  Among other things, (the ‘mung’ being one or more things) I haven’t been out re-distributing manure quite like I’ve been doing (for 14 years) as much, since.  We’re not supposed to think, nor dwell, on whether B & M are happy or not.  The vibe has been a bit more melancholy around here … 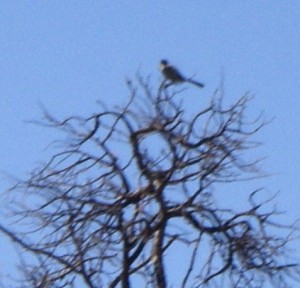 “the big year” candidate… what kinda … ?

I recommend a movie called “THE BIG YEAR”.  It’s probably the only movie you’ll ever enjoy about BIRD WATCHING.  (Stars Owen Wilson, Jacques Blak, and Steve Martin).  It’s not as boring and pedantic and audobon-society-drum-beating as you’d think.  Maybe it is.  It’s still a fun movie.  Um… never-the-less, Betty and I got to wondering, how many species could we identify and count in a year?  There’s crows, peacocks, mallard ducks, magpies, blue herons, sandhill cranes … oh, robins.  Red-winged blackbirds.  Quail.  Then, we’d have to get a book.  Above is just one of many (to us) indistinguishable species.  We’ve got “little small sparrow/finch/wren/ type thing #1,” and “LSS/F/W TT #2” on up to 5, 6, or 7.  And so it goes. 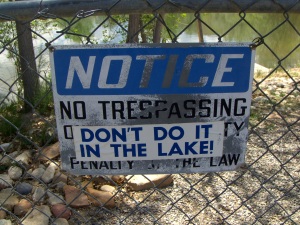 whatever it is DON’T DO IT IN OUR LAKE!

Yeah, please don’t do IT, whatever it is, in our lake! 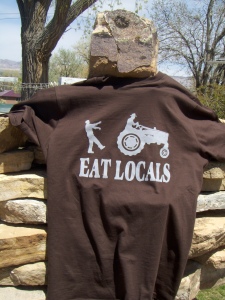 We feel so much better, in general, and about ourselves, when the food and produce and other stuff is local, and not maidenchina or sumuthur place far, far uh-weigh … 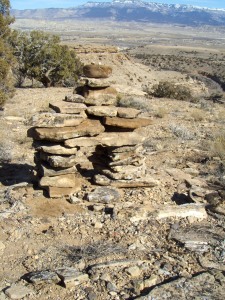 up off Unaweep, lookin’ to the GrandMesa

Another smallish inuk-thingy emerges from the surroundings, this time just up and off the north rim of Unaweep Canyawn.  Lookin’ east, towards “The Mesa”.