I used to believe in the innate and inevitable goodness of mankind.

Frequently I wish I still did. But all too easily, I get annoyed. Vindictive. Angry.

Do you ever find yourself just hating people?

People in general, groups of people you don’t know, maybe people in groups you do know? Whole nations of people? The milling mindless morass of humanity present past and future, most of whom have no redeeming features nor attributes, collectively destroying the very planet we live on — just makes you sick, eh?

(Regretably) Occasionally I have been wanting to do painful and excruciating harm to certain entities. What kind and form of entities do I wish this upon?

I hate
those who kill elephants for their ivory
heck, anyone who is mean to any elephant
those who kill big cats
or gorillas, or both gorillas and elephants and/or big cats
abuse animals “for fun”
abuse ’em even if it ain’t fun
slaughter wildlife (and not-so-wild) indiscriminately — a case a few years back of brain-dead soul-less yahoos driving the hills of central Moffat County (Colorado, I’m all the more ashamed to say) shooting and in many cases not killing but wounding and maiming elk, deer, antelope, whatever else, to limp off and slowly die
This definitely includes anal-orifices in meat-processing facilities who do not treat every living thing with respect.
Woe to you if you are in any way involved with devastation of the rain forest.

heck, sometimes I am really annoyed at indiscriminate litterers, and
even more egregious, everyone involved in the banking/collapse of the housing market scandal — ethically-bypassed GREEDHEADS who obviously think of self-gain at the expense of everyone else;
most politicians, especially as more and more it definitely seems NONE of them are in the game to help “the people.” Sigh. No wonder I sometimes have lost whatever faith in mankind …

and those six young men from India who, a few months back, raped and tortured a young woman on a bus … I especially wanted to inflict what I felt was suitable punishment upon them. I thought about and considered what that punishment would be. Suffice to conclude that it would be very similar to what they had done. I’ll spare you the details — but there is/was a part of me yearning, nay, perhaps LUSTING for retribution. Vengeance. Revenge. An anger, coupled with outrage had arisen, and it seemed the only way to “bed it back down” was through actions such as this.

Justice? No, not really.
When I pull back for perspective, and in doing so, believe I am able to view a more-full picture, such actions are not “justice.”

Yes, they (and to varying degrees, all of us) are
TORTURED SOULS.

If one believes, as I must, at some level, that all spirit is from a common timeless infinite source, then one must consider people who perform such actions are definitely behaving contrary to the call which all must, inevitably, it may take time, millions of years, to heed.

(i put the self-identifer in quotes, as, yes, i had a seat of consciousness, could perceive, maintained an identity, as it were, of self and separateness, but did not have a “body” per se) …

where was I? Oh yeah, during my first psychotropic hallucinogenic experience, after the initial several hours of confusion, running around, getting lost elsewhere in my dorm, etc., and etc., I lay down and meditated. I had ‘discovered’ (or, meditation had discovered me!) this half a year previously while under the influence of cannabis. To my pleasant surprise, I later found that I could engage in the meditative experience when NOT under any such influences!

As I peeled through layers of the onion, the sensation of expanded awareness intensified. I made the effort, as one does in meditative undertakings, to limit and curtail distractions, thoughts, STOP THE INFURNAL DIALOGUE until … 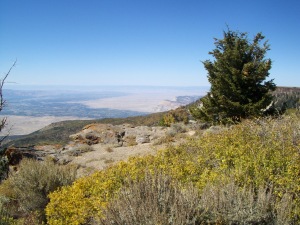 My eyes were closed, probably, but I entered a gate.
The METALLIC DOORWAY TO INFINITY
It was as if there was a transition from a seething flurry of voices and experiences and sensations involving all the senses to an abrupt level of TOTAL CALM. I felt as if I went from a warm sticky-humid noisy room through a door. The door was of metallic aspect, and the word “dank” seemed appropriate. Metallic taste in my mouth, electric, everything cool. The Light Immanent within, without, everywhere, didn’t exactly “shine” but was all there was. I took a breath. One breath. It was as if my lungs were outside my “body” — a part of “me” which sensed or “knew” on an equivalent level to my brain — whatever part of us that “knows” — where the “is-ness” resides.

All normal sense of distinguishing distance and time was irrelevant. When one breathes with one’s lungs INSIDE the body, they are contained. Confined. Finite space. This sensation of one’s lungs (or whatever metaphorical equivalent of breathing apparatus) OUTSIDE of what I perceived my body to be — was bewildering at first. “I” was breathing … no, not “breathing” per se, but something analagous to the intake of life force (and expulsion of spent prana) — and … what am I trying to say? — that the lung-equivalent could expand and fill to ever-greater dimensions. No, I didn’t experience “infinity” (a finite mind cannot grasp that) but I sensed … a feeling of expansion beyond anything I would have thought imaginable. A bewilderingly borderline incomprehensible sense of expansion, as if the shimmering curtains which, when parted, would show FULL ON INFINITY, just parted ever so slightly.

“I” filled the space behind this metallic door, the space filled me. I was there an instant, and in that instant I felt a span of time the magnititude of which overwhelmed my ability to even begin to grasp the very edge of.

Don’t ask me exactly ‘how’ — but since that experience I have not only been convinced of the underlying (or is it more appropriate to say “over-enveloping“?) unity not only of all life, but of everything. Well, frequently I lose sight of that conviction, which, by the way, is not only a ‘conviction’ but at a level you might call “the core of my being” it is A CERTAINTY.

And, those tortured souls I want to punish … what would whacking the six Indian rapist/torturers repeatedly, hard, on their pee-pees, accomplish? The temporary feeling of satisfaction of revenge, punishing the wicked, but it would not complete any circle; satisfactorily resolve anything.

Sure, we must lock them up and maybe put them to work mining uranium or pushing the turnstiles to mill grain.

Drawn, quartered, pulled apart on the rack, the six individuals would feel great pain and probably wish that they’d hewn to the straight and narrow all their lives, and utter exhortations that that they would do so forevermore. The bodies extinguished, but the spirits would be more un-evolved and disturbed than ever, between lives, re-entering the material world, with the past karmic debt no closer to resolution. No, I don’t think a tit-for-tat, eye-for-eye, savage response would, in the ultimate analysis, do any real good.

19 thoughts on “Tortured Souls and the Gateway to Beyond”