Many years ago (probably more than 20) my family and my sister’s family were soaking in the Ouray Hot Springs Pool on a stormy summer afternoon. I have done a few soaks in that venue over the past 30 or so years, but that afternoon stands out.

No, it doesn’t stand out ’cause of familial accord or anything like that. In fact, my family (and that of my sister and her husband’s slacker trust-fund friend and his dysfunctional family) were not part of the … special-ness.

Like I said, it was mid-summer, and mid-summer in the high mountains runs the weather gamut from bone-dry parchingly hot to glimpses of the inevitable return of winter. And this afternoon had hints of the later. Ominous menacing glowering thunderheads of impending doom over the jagged mountain-tops. Perfect time to be in a 100-degree-plus body of water. And there was a volleyball game. 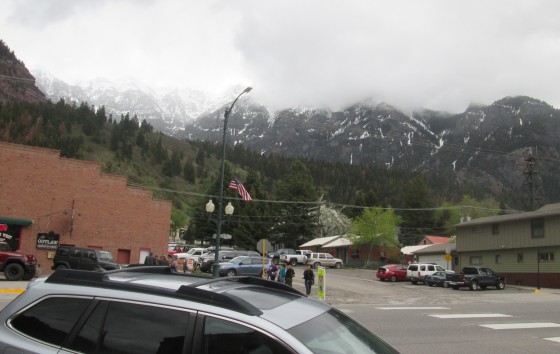 My sibling’s and my respective families preferred that day to cluster, or huddle, in the hottest pool at Ouray Hot Springs.  Which is what I like to do — but back then I liked a mix of activity interspersed with interludes of hard-core slothfulness. And so

I rolled over the concrete wall between the hottest part of the pool and the much-cooler section where the volleyball game was in progress. No invitation necessary — it seemed anybody who wanted to participate was welcome. You know, you can tell, this was not a group of people from just one family, or same town, or same club. It was obvious — the vibe transcended such limitations.

At one end of the playing area were four or so teenagers from Saudi Arabia. Three middle-aged slightly corpulent ladies from Germany were on the other side of the net. A couple from Canada. An intense fellow from France — who had to swim off every 5 or 10 minutes for another cigarette. And Americans of an age range from 10 to older than me, from many parts of the country and not just caucasian ethnocentricity. Possibly the best player out there was a woman of African ancestry who must have been a college athlete (in some sport other than volleyball). And the worst player was a Asian Californian who had to have been the consummate computer geek — how else could you explain such enthusiasm coupled with an almost complete lack of athletic aptitude?

After one somewhat lopsided game, I suggested that the one Saudi who apparently took this game seriously switch sides. And the one German woman who displayed more than a slight athletic ability also go to the other side of the net, replacing (?) the other side’s best player.

Games were much closer after that. We’d play to 21, most everyone was cold and scrambled over the wall to the hot pool … after a few minutes a couple or three teenagers would start lobbing the ball back-and-forth and everyone who had been playing before would be out there and the next game started.

With swirling storm clouds hiding the tops of the peaks, the occasional sun peaking through patches of brilliant blue sky, we’d enthusiastically play each point — high fives on the winning-point side (frequent high-fives for a valiant losing effort), good-natured derogatory punches for a futile dive, there was camaraderie all around.

I have joined in (or occasionally started) pick-up volleyball games from time to time since the early 1970’s. Why, I (and everyone else involved) had a heckuva lotta fun in Hana, island of Maui, Hawaii in 1988 or so. My family stopped at a beach, kids were young, doing beach stuff. I saw a single fellow down by the ocean at a net, just tapping and hitting a ball up into the air. I wandered on over, soon we were casually hitting it over the net, before long another couple guys joined in, I think we ended up at four per side. Many games. Group dunks in the drink when we got hot. ‘Twas a good time.

So was this. I didn’t dwell on the international relations aspect of this experience at the time, but heck. This was great. Everyone focused on fun, laughing, jumping, splashing, interacting … from a half-dozen countries and from four racial backgrounds. 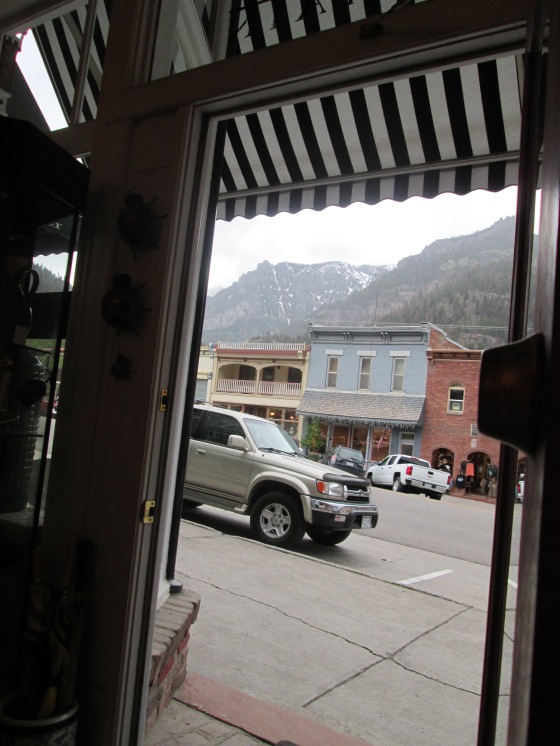 If this could serendipitously happen in, of all places, Ouray Colorado, how wonderful it would be if volleyball games like this occurred all over the world, all the time.

11 thoughts on “A volleybawl game about the ages, or of the ages?”