¿There is only so much?  Sometimes there ain’t e-nuff.  Not infrequently we may have too much of whatever:  trauma, wind, rain, the howling of the gulleycats at night, illness, ennui, weltschmerz, you name it, it has happened and if it hasn’t, it will, eventually.  (Whatever “it” is). 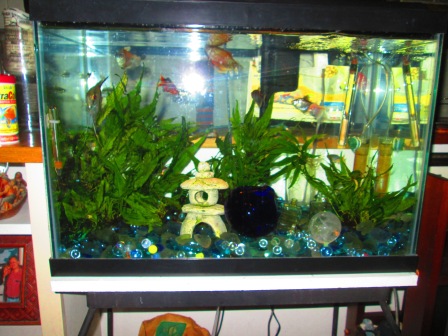 Recently cleaned our aquarium!  Fish seemed somewhat happy, far as one can tell how fish “feel” …  Well, one died …

& I thought I had something

N E haow, today, e.g., pacing about the house debating the options = 10% {X pinditchur of the daze energy-potential}.  Getting in the truck hauling the dawgz 2 the toppuv the hill for their 2-mile run = another 10%.  Going to play hockey (5%), deciding whether-or-not to axually play (10%), after 30 minutes of game time axually going out to play & still act like I’m doing it 35 min. later = 50%.  Upon returning home, going through with my promise to “do something about” vegetation growing up between the bricks of a brick sidewalk = 20%.  And in a final fittuv loonassy, mowing the (small) part of the yard I didn’t get to recently = 20%. 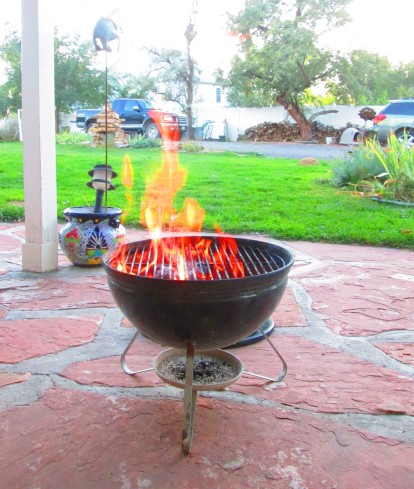 Do I really need to eat?

Jake could (in a parallel yooniverse) dip his tongue into the river!  We often ride a few miles up off of U.S. 50 near the Delta County line/lying to this overlook.  Triangle Mesa on the horizon, middle, in the Dominguez Wilderness Area.  That’s the Gunnison River below us (maybe 500 or so feet) — and the brown object lower left is an old homesteader-house.  Just a matter of time before it collapses. 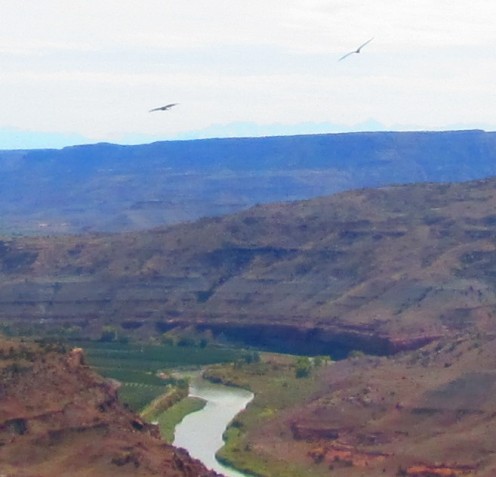 I/we took several pictures of a soaring/adrift on the updrafts pair of bald eagles.  Yeah, you can hardly see ’em (this was the bestest pixure I got!) 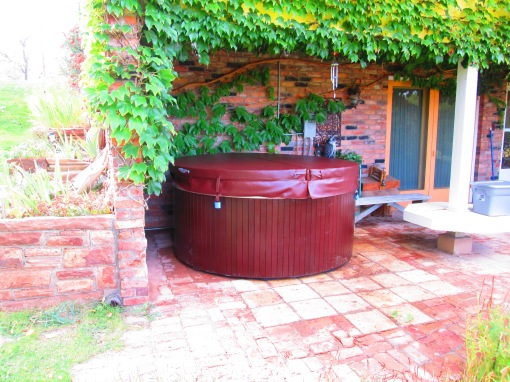 Getting a new (well, it’s a 3-year-old demo- model) hot tub … (from the expense viewpoint, it was like either a trip to Europe or this. However, at night, preferably clear star-light, chillier the better, I can easily pretend I’m (not in Europe, but) in one of the state’s hot springs resorts.)

Cloud weirdness on a recent morning ~ 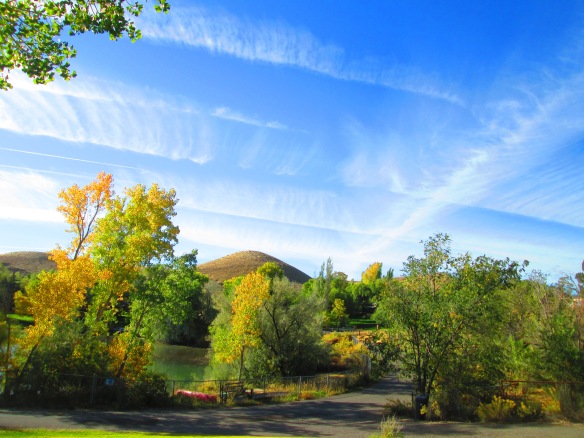 Similar weirdness on our last “color Sunday” (but it was Wednesday).  Going up to the Mesa …

Looking down (Land’s End Road), and

Coming back down.  Yeah, you saw some of these pixures in the prior post.  It’s LATER fall now, which means the colors are gone at the higher elevations, but still in full-swing down in our valley.  In fact, today, if it weren’t for the rain/clouds, the view above probably includes some “white stuff” right now.

8 thoughts on “There is only so much”