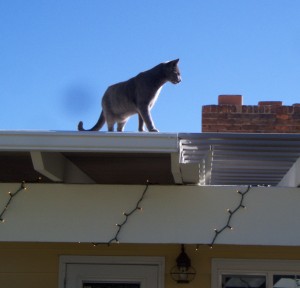 “More than any other time in history, mankind faces a crossroads. One path leads to despair and utter hopelessness. The other, to total extinction. Let us pray we have the wisdom to choose correctly.”

I think Eddie is asking mom about where babies come from. THAT EVENT should be occuring within the week! as i write/type this!

I would call this ROONZENYARD, all lookin’ left. A lot of THAT goes on when it’s warm out. This obviously was before the black dawg, Duallee, departed this world for a sojourn to Dawggee Heaven. 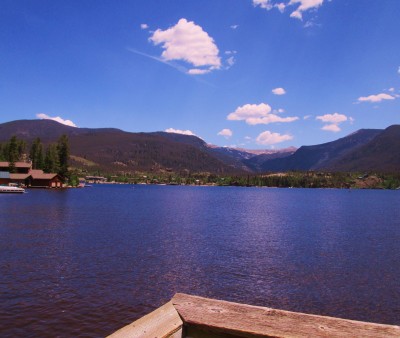 Don’t the Colorawdough High Altitude photos get boring? Mid-summer Betty ‘n I drove to Grand Lake, the venue at which this episode of the every-other-year Peters Family Reunion was being conducted. Peters? no-one at this convocation is named that! because … our grandparents (mother’s side, everybody) had 4 daughters. Though the maiden names were the P-word, none of the married names were. Still, we are Peterses everybody. 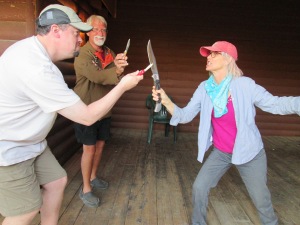 No Peters gathering is complete without the Traditional Knife Fight. Cousin Heidi wields the Crocodile Dundee “thatsa-knife.” When not carving up opponents (or perhaps she never stops doing that) she is a Professor at, i think U of Washington … literature, i think. We don’t talk (much) about work, we just free-ASSociate. And frolic. 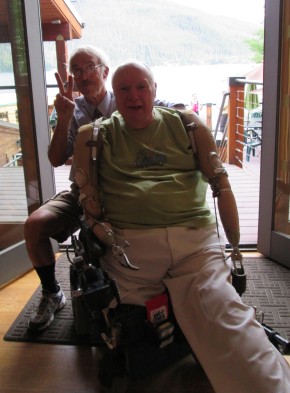 Rosco with cousin Ron Schwerman. Ron is quite capable (e.g., he customized his van and insists on doing the driving). He had “an incident” while serving in VietNam — and you can read all about it in his book “Broken but not Abandoned” (Amazon, and other outlets). 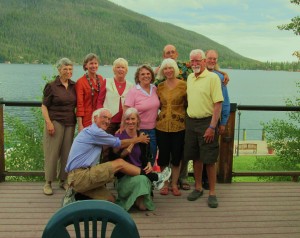 Most the Peters cousins, with Grand Lake as the backdrop. Heidi is much more approachable without the knife. 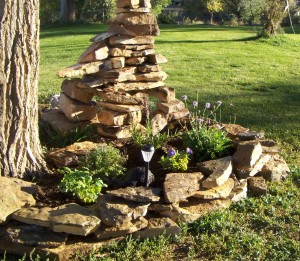 Though she proclaims quite frequently that sheez done with “this gardening pschidt” Betty continues to create more garden spaces in the yard.

Rosco at the south edge of the Dry Fork of the Escalante Canyon Rim.

Below is actually from a sojourn last spring — overlooking the Gunnison River canyon across from the Dominguez Wilderness Area. I put this in as a prelude to our most recent “exploration” trip — a few highway miles further south where we rode our bikes (whilst the dawgz joggulated) up to the Escalante rim from the hitherto never-visited OTHER SIGHED.