What if? Instead of aboriginal humanoids of the far north constructing cairns and such generally known as inukshuks, or inuksuits, that in an adjacent parallel yooniverse there were aboriginal orangutans constructing the equivalent of inuk-thingies? 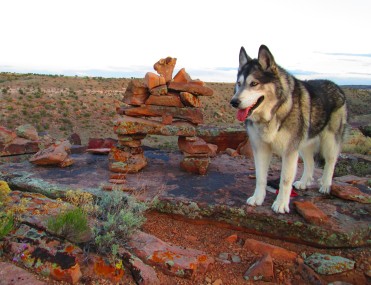 Yes, I decided during a recent Sojourn in the Stinking Desert with the dawgs — that the rock-creations constructed by my hand and questionable esthetic sense and design were perhaps not similar enough to those fashioned by genuine Inuk-whatevers made by Real Native Artists.  Crude, shoddily balanced, rarely (if ever) elegant, these (my) things were more likely to have been made by orangutans.  So what would we call them?

We (me ‘n 3 dawgz) hike up north from the road into Bridgeport.  The cactus is in bloom!

An inuk-(whangga marang) I’ve previously constructed, and re-constructed, is a pile of rocks.  Perhaps someone(s) thought the rox would be better as a wind-shelter-wall, or blown over by THE WIND, or a bovine rubbed up against, trying to scratch its butt.

A few minutes later the inukwhangamarang is re-incarnated. 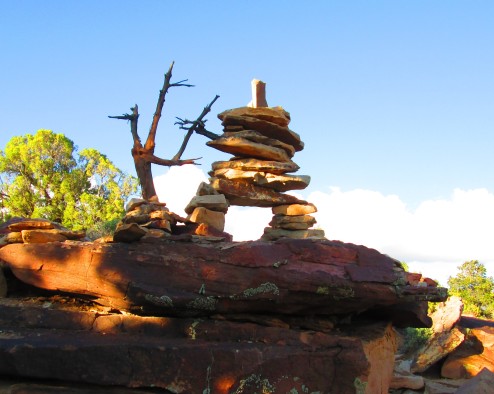 We stroll west to another inuk-thingy on the same ridge which, amazingly? needed no rebuilding.  (No pixure(s) here …) 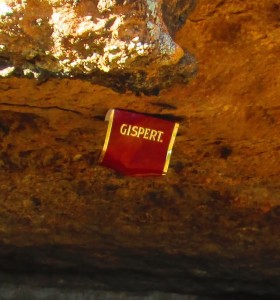 Gispert, the cigar I’ve chosen for this trip.  Again, got me to-a-thinkin’ ~ perhaps I could get sponsors for my directionless wanderings and inuk-thing-assemblage?  Yeah, I could see it now, the Gispert Cigar ad — with me, stogie prominently clenched in teeth, goodly puff of smoke (of course) — and also, say, Jose Cuervo Tequila? or Flor-de-Caña rum? Hmmm…. 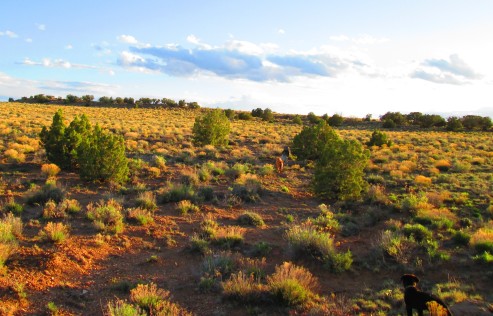 We head south/southwest, the dogs leading the way …

The puppy (Jake) is quite the trooper.  He had never encountered cactus before (we stopped to pull some spines out of a couple feet.  He soon learned how to recognize and avoid …) and later sloshed through his first stream.

Looking west, the Dominguez Wilderness area on the horizon, Triangle Mesa in the middle.  Unseen is the Gunnison River a few hundred feet below the ridgeline between me and Triangle Mesa.  This area is also on the maps as “Bridgeport.” 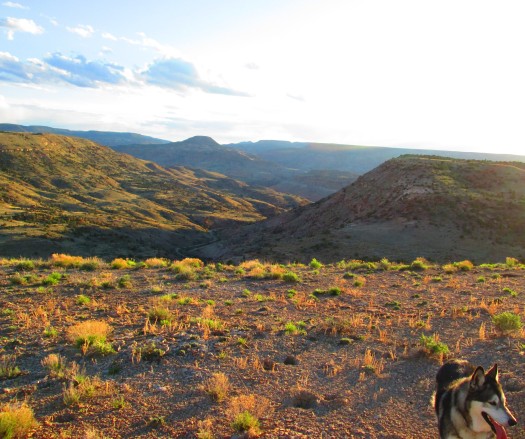 Another view of Triangle Mesa and environs, with the Deer Creek valley just below us.  The road to Bridgeport, which ends at the Gunnison River, is not-too-clearly visible winding around the shadowy slope off to the right. 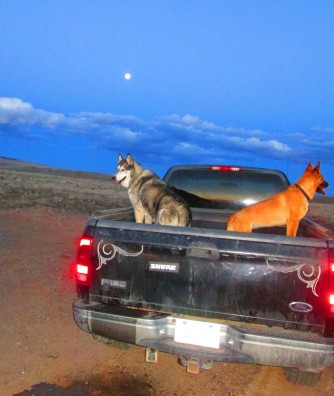 Fortunately we got back to the truck before it got too dark.  The full moon helps illuminate. 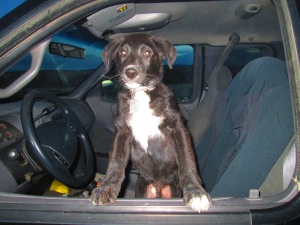 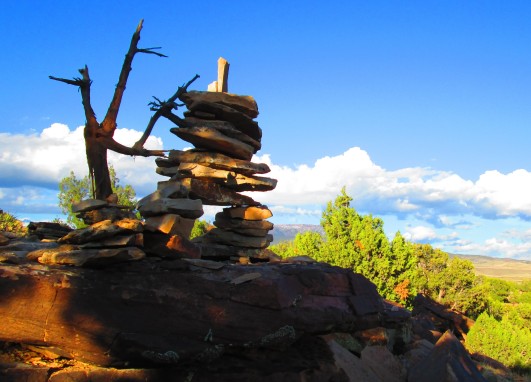