So, on Monday August 21 (2017) like millions ‘n possibly zillions of good Amerikins, we travelled to view THE ECLIPSE from “the line of totality.”  Shown above is possibly the most distinctive abode in Baggs, Wyoming.  Yes, whoever it is or they are, they’ve put an irrigation line to water the roof.

Baggs was about half-way from home (Grand Junxion CO) to the viewing point we selected … go ahead, (just try to) find Jeffrey City (WY) on a map, and go due north about 30 miles.  We had a good lunch at the Cowboy Café in Baggs, then continued on until 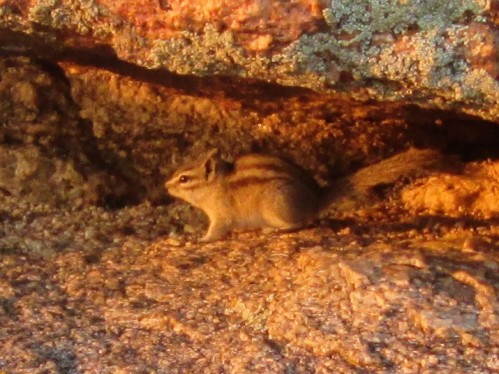 this little fellow watched us camp in the vicinity of Split Rock. 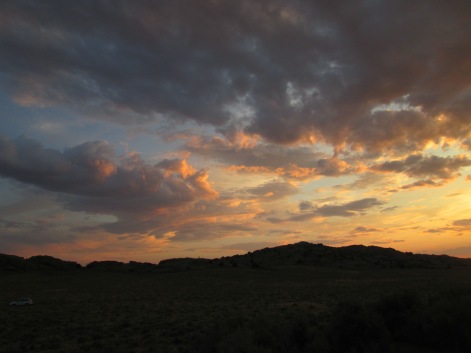 A portend (or portent?) of things to come came twilight, as we set up camp — 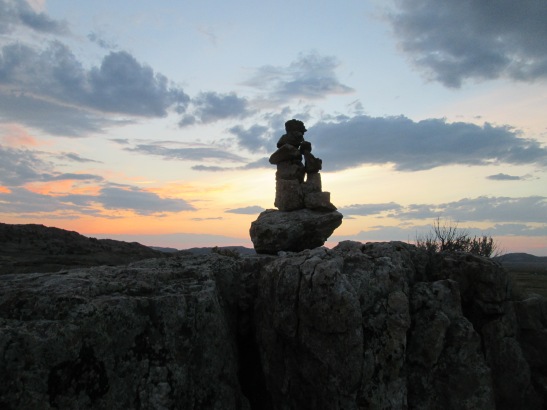 I HAD TO go up to the nearby hill-top to fashion a sentinel, of sorts.

Our friend Sue accompanied us.  She said not only had she NOT seen a total eclipse before, she had never been camping! 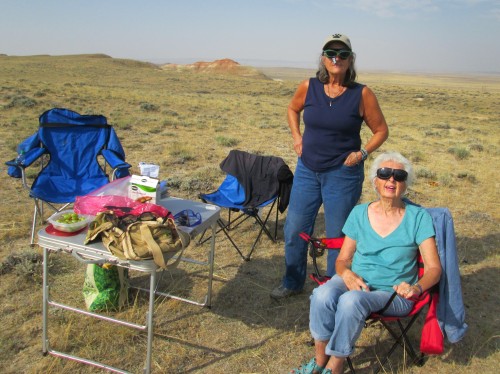 We set up our viewing-command-post just off Wyoming State Hwy 136 on a hill-top — with perhaps 4 or so other parties parked within a quarter-mile.  Pretty uncrowded, considering.  Sue and Betty model their protective eclipse-watching gear.  Betty’s glasses still have the price tag. 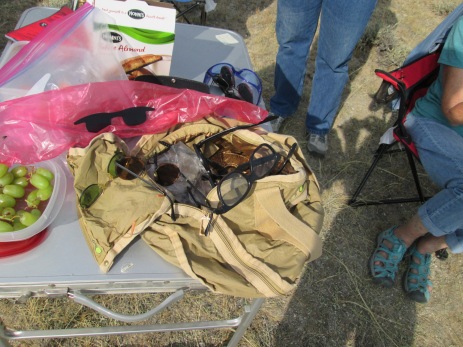 Since Betty did not act in time to purchase the “official” (and sanctioned?) ocular protective devices, we brought every pair of sun-glasses from home.  Included were a couple of those “slip-on”s the eye Doctor gives you when you’re dilated — and a couple pairs of the 3-D-movie glasses.  I used two of those with the eye-doctor insert AND a nice pair of official Runner’s World sport/fashion shades. 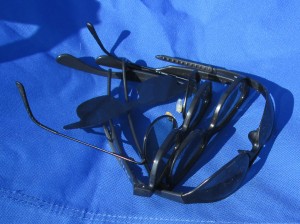 For whatever it’s worth, in spite of NOT having the “official” eye-wear, I think I can still see, and it is two daze later. 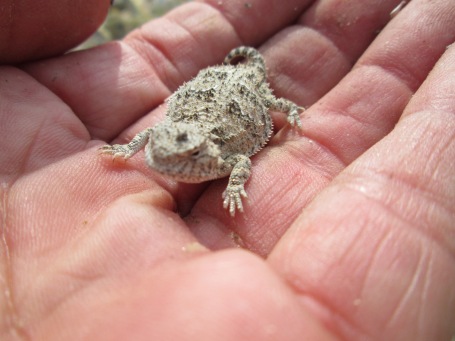 Below, another h. lizard lurks nearby.

I might be accused of substituting a picture of THE EYE OF MORDOR or some brain-like object being transmogrified in a high-tech microwave — but we did “get totality” and it didn’t look like this, but apparently the camera thought so.

As the sun was either covered, or subsumed, or temporarily totally eaten by the Giant Space Goat, things not only dimmed, the temperature dropped noticeably.  I tried to ‘capture’ what typical middull-of-Why?-oh-ming scenery looked like.  It was like you’d see/experience — say, a half-hour or so after sunset.

Though we were told one should (?) see stars, shooting stars even, we did see Venus!  (faint light spot to far right)