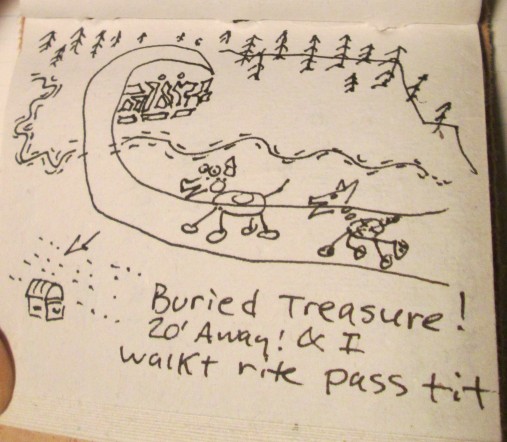 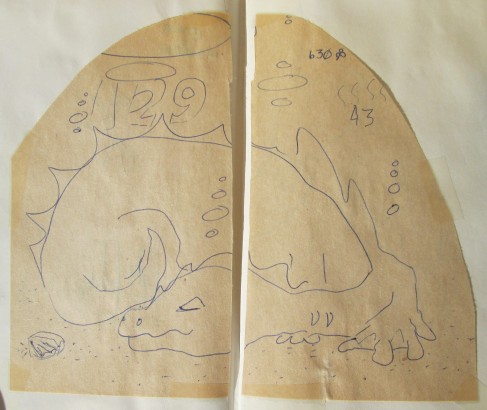 (Jan. 1985).  hard as it is not to believe, things are probably (so it, as usual, seems to me) as crazy or crazier than ever.  I should, i really should, refrain from identification with any of it.  if possible.  but …  “when the goin’ gets CRAZY, The CRAZY TURN PRO” (w/ direct reference to HST (hunterThompson) referring to “Raoul Duke”)

PAIN.  FEELING IT ALL THE TIME.  RUNNER’S REBUKE:  SINCE SOME OF US ARE SO TERRIBLY SENSITIVE AND REALIZE THAT BEHIND SEEMING OTHERWISE, ALL ULTIMATELY ENDS WITH PAIN, AND SO IT IS IN THIS REALM I DWELLETH.  I  totter/go through the motions only because then I can rationalize that it is because of my ‘metering’ or involvement with the motion that I actually am administering the pain, (which would ordinarily be felt, anyway).  YA-HA!  Jackoozy — good beer, and (void of avarice) A DEEP breath? 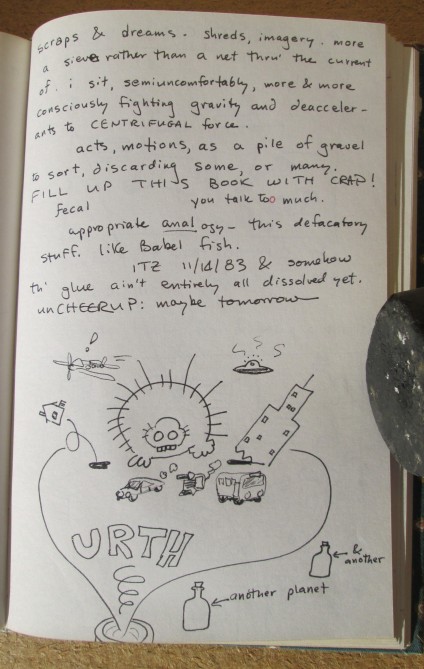 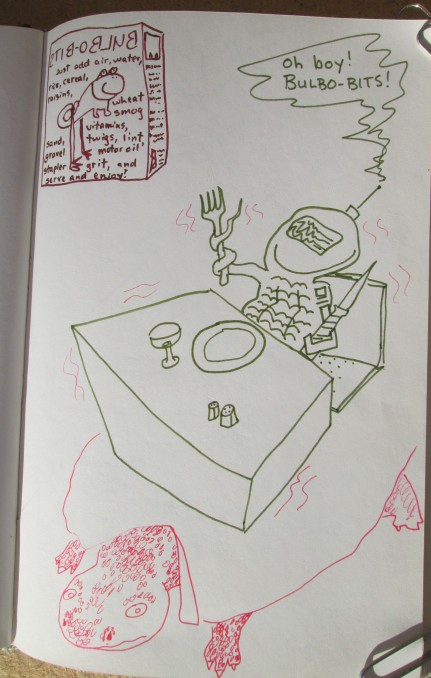